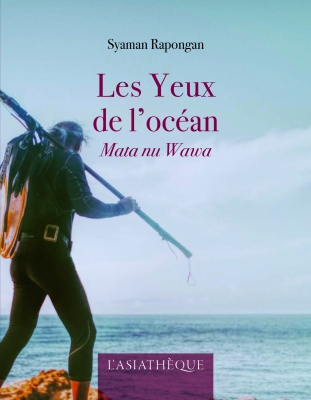 The singular and powerful voice of Syaman Rapongan, an aboriginal long rejected on the fringes, takes part in the debates on the future of the world.

Syaman Rapongan, author belonging to the indigenous group of Tao and who likes to define himself as a writer-fisherman, looks back on his youth, when he left his native island of Botel Tobago (Orchid Island off the east coast of Taiwan) to join the Taiwanese “mainland”. In this largely autobiographical work, Syaman Rapongan recounts how he was encouraged to leave his birthplace and that of his ancestors to find work in the "civilized" metropolis. He tells about his identity mistakes, the discriminations he suffers, both as an indigenous and as a proletarian, and also what pushes him to reconsider the value of the culture of his ancestors, and finally, to return home and to fight. for the recognition of the rights of its people.

The Taiwanese social chronicle of the 1970s and 1980s, at a time when Indigenous people were still considered backward and savage, Les Yeux de l’océan - Mata nu Wawa ("Eye of the sea - Mata nu Wawa") offers another facet of the "Taiwanese economic miracle." With a pen both full of anger and hope, Syaman Rapongan recounts how the injustices of yesterday have helped to shape today's Taiwan and how the cultural heritage of the Formosan indigenous people can regenerate contemporary Taiwanese culture by situating it in a new transpacific dynamic. Despite his double marginalization, as an indigenous and as a Taiwanese, Syaman Rapongan also shows how Taiwan can participate in debates about the future of the world.

" ... It's strong, because he recounts what he saw and experienced, particularly with the colonization and the need of the occupants to annihilate the traditions and the language of the natives. ... "

"This autobiographical story is also a love letter to the marine environment. Which, far from being a simple circumstantial framework, constitutes a major character. Alternately described as "priest" or "teacher", he is the hearth of a specific religion and education, that of the Tao. ..."

"... A book to discover and take the time to savor that makes me want to learn even more about this people and makes me want to know the other writings of this author who fights for the survival of his culture. ..."

Syaman Rapongan was born on October 31, 1957 on Ponso no Tao, a small island off the eastern coast of Taiwan. He belongs to the Tao group, one of 16 indigenous groups officially recognized today by the government of the Republic of China in Taiwan. Having gone to study and work on the Taiwanese “mainland”, Syaman Rapongan took part in numerous movements for the defense of indigenous rights and returned to his native island at the end of the 1980s, to relearn and highlight the ancestral cultural practices of the Tao linked to the ocean. Author of nine books, including collections of legends, essays, short stories and novels, in which he recounts his daily life and that of members of his community, as well as his travels to the other islands of the Pacific Ocean. A collection of stories has been translated into French: La Mémoire des vague (Tigre de Papier, 2009). Translation: Marie-Paule Chamayou, as well as a story in n ° 1 of the review Jentayu.

Damien Ligot is a teacher of Chinese and translator of this language. A former student of the Institute of Anthropology at the National Tsing Hua University in Hsinchu (Taiwan), he holds a PhD in Studies on Asia and its diasporas (Jean Moulin Lyon III University, January 2012). Musician and lover of performing arts, he has observed the cultural pluralism of Taiwan for more than fifteen years through this prism. He is also interested in palaeography, the history of religions and popular beliefs, traditional medicines, trance phenomena, as well as the multiple expressions of shamanism in the contemporary world.
He translated in particular (from Chinese to French):
Lay Chih-ying, "Libellule rouge", in the collection of short stories Formosana - Histoire de démocratie à Taiwan, L'Asiathèque, 2021
Chang Wan-k’ang, “Videoman”, in the collection of short stories Taipei - Histoires au coin de la rue, L’Asiathèque, 2017
Ping Lu, “Virtual Taiwan”, in the Special Taiwan issue, Editions Jentayu, 2016