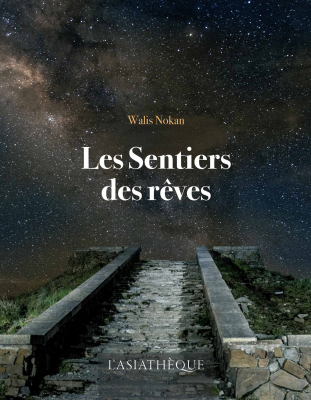 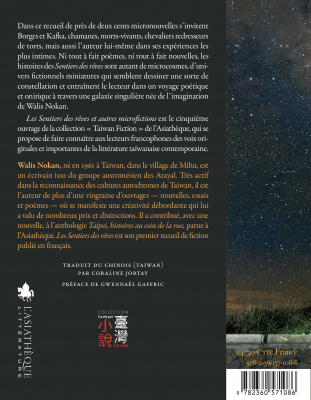 A constellation of bursts of life and humor.

The Paths of Dreams, 160 micro-fictions that are less than a page, and often only a few lines, within eight sections: Literature (20); Organizations (20); Things (24); Social chronicles (21); Aborigines (21); Feelings (20); Dreams (24); The world of Jianghu (20). Taiwanese author Walis Nokan offers here a rich succession of mini-adventure stories or mini-dramas drawn from his readings, his intimate experiences, his observation of things and people, and Chinese tradition, especially with regard to the world of martial arts. His humor and his poetic imagination work wonders in these brief evocations where the real and the imaginary intermingle.This is a discovery that follows on from the Taiwan Fiction collection, and more particularly in the tradition of Wu Mingyi with his Magician on the Catwalk, published in 2017 at the Asian Library. The book benefits from an elegant translation by Coraline Jortay, the translator of the culinary chronicles that punctuate the work Taipei, Histoires au coin de la rue, published in 2017 by the Asian Library in the same collection.