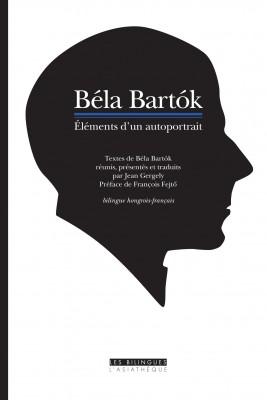 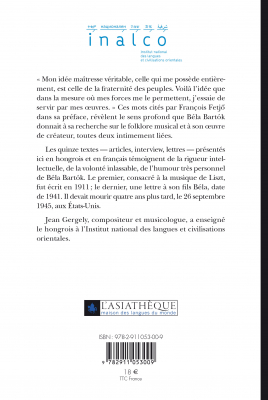 Written as a tribute to the writer and musician who died 50 years ago.

“My main idea, the one that possesses me entirely, is that of the brotherhood of peoples. This is the idea that, as far as my strength allows, I try to serve with my work." These words, quoted by François Fetjo in his preface, reveal the deep meaning that Béla Bartok assigned to his research on musical folklore and to his work as a creator, both closely linked.

The fifteen texts - articles, interviews, and letters - presented here in both  Hungarian and French bear witness to Béla Bartok's intellectual rigor, his tireless willpower, and his very own personal brand of humor. The first text, devoted to the music of Liszt, was written in 1911; the last one, a letter to his son Béla, dates back to 1941. He would die four years later, on September 26, 1945, in the United States.

Jean Gergely, composer and musicologist, taught Hungarian at the National Institute of Oriental Languages and Civilizations.