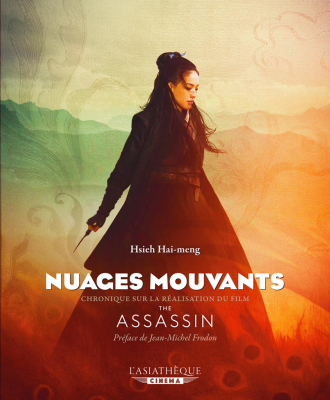 This book offers a unique triptych: the historical story of Pei Xing (ninth century) which inspired the film The Assassin, the original script (written by Chu Tien-wen, A Cheng and Hsieh Hai-meng) and most of all "Nuages mouvants" written by Hsieh Hai-meng, the youngest writer, the chronicle about the script from the preparation to the filming. Hsieh Hai-meng is a strong and original personality of the Taiwanese literary scene, which has in part inspired the heroine of the film, a rebellious judge who struggles against tyrants in ninth-century China.

Hsieh Hai-meng - Nuages mouvants : poetic account of the filming of The Assassin
“... The chronicle itself amazes with its sincerity. Hou Hsiao-hsien's numerous production difficulties, patience and varying moods reinforce us in the sense of requirement that runs through The Assassin ... "

Nuages mouvants
"... This book is a real dive into the atmosphere of making a feature film belonging to the wuxia genre, that is to say a Chinese swashbuckling film or, if you prefer, a story of chivalry and martial arts, a genre of film that most often takes place in ancient China ... "

Nuages mouvants
"... This fascinating story reveals the production secrets of the director, who films all in natural settings and in direct sound ..."

Nuages mouvants,
"... A book devoted in particular to the chronicle of the writing of the scenario, the preparation and the shooting, written by the youngest screenwriter ..."

Francine makes her cinema
"... A prologue in black and white like a strong water omen of the gush of colors harmonized with movements and had sound counterpoint and setbacks to create a space of freedom in the face of authority as much as tradition, that of the past revealing the Taiwanese political reality of today, depth and splendor united by the grace of the 7th art ... "

"The Assassin" Fatal Beauty
"... Inspired by historical facts, the 18th feature film by the Taiwanese director, a visual masterpiece, left Cannes with the prize for the director ..."

China in all its glory
"... No need to understand all the details of a complicated plot to recognize universal situations, rivalries for power, revenge, loyalty, tenderness, farewell ..."

Nuages mouvants
"... It is finally to the chronicle of the preparation and the shooting that the book invites us. With a spirit that is both deferential and impertinent, the last part is teeming with information on Master Hou's method and on the vicissitudes of the making of the film, the 18th and biggest shoot of its author ... "

Literary chronicle of a masterpiece, "The Assassin"
"... One remedy is to read Nuages mouvants, the book designed by Hsieh Hai-meng, one of the film's three writers.
It's a very short story, of the chuanqui kind, which is similar to the fantastic news ... "

Nuages mouvants
"... In a tone of deliberately exaggerated naivety, which allows the author to testify without concern for the fatuity of the mechanics at work while issuing, mouth to heart, a few well-felt pikes, the last text , which constitutes the heart of the work, is touching in that, almost taking the opposite view of a filming journal, it almost constitutes, from the menu, the factual and anecdotal list of the constraints and renouncements imposed by the real ... "

Nuages mouvants
"... To discover more in detail the production of "The Assassin", one can refer to the exceptional work of the co-writer Hsieh Hai-meng, Nuages mouvants, chronicle of the writing of the scenario, the preparation and the shooting, edited by Asiathèque ... "

Nuages mouvants
"... The release of" The Assassin " is accompanied by a fascinating book on the sources and development of Hou Hsiao-hsien's film ..."

Nouages mouvants,
"... " The Assassin " brings together the script of the new film by Taiwanese filmmaker Hou Hsiao-Hsien, the story that inspired him and a chronicle on the process of creating the film ..."

Hsieh Hai-meng is a member of a distinguished family of writers translated into French (see The Chu Family Anthology, Christian Bourgois, 2004, among others). After The Assassin, published in Taiwan in July 2015, she is currently writing her first novel. 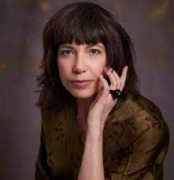 Catherine Charmant is an author, translator and reader. Passionate about elsewhere and literature, her curiosity for other cultures is inexhaustible. Graduated from Paris VII-Jussieu, MA Chinese-English L.E.A and Paris IV-Sorbonne, License LLCE Portuguese, she has lived, studied and worked in England, China, Taiwan and Brazil. She translates novels, short stories and stories from English, Chinese (with Deng Xinnan) and Portuguese and is self-employed for various publishing houses. 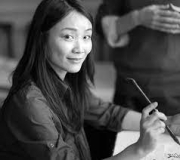 Deng Xinnan is a visual artist of Chinese origin. She studied at the Central School of Arts and Design in Beijing. Passionate about literature and languages, she started in 2005 by participating in the translation of the autobiographical cyber-novel by Mu Zimei (Albin Michel, translated by Catherine Charmant). Here are some of the works she has translated: Nuages mouvants (Hsieh Hai-meng), Journal sexuel d'une jeune Chinoise sur le Net (Mu Zimei) ...

After studying Chinese language and civilization, learning certain circus techniques and an introduction to theatrical practice, Pascale Wei-Guinot went to China in the mid-1980s to discover the performing arts of this country. Two years spent at the Central Institute of Dramatic Art in Beijing were an opportunity for her to forge close ties with a culture, a city and a professional artistic milieu.