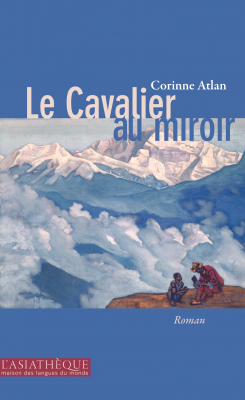 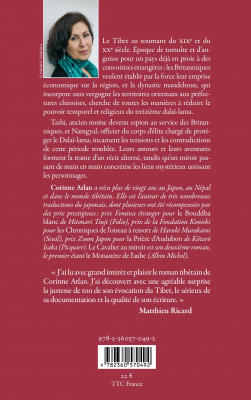 In Tibet, at the turn of the end of the 19th century and the beginning of the 20th century. A turbulent and dreadful time for the country which was already in the grip of foreign covetousness : Great Britain aims to establish their economic influence over the region by force while the mandchoue dynasty, who shamlessly incorporates the eastern territories to the chinese prefectures, seeks to disminish, by any means, the temporal and religious power of the thirteen Dalai Lama. Tashi, a former monk who became a spy in the service of Great Britain, and Namgyal, an elite corps officer in charge of protecting the Dalai-Lama, both embody tensions and contradictions of that troubled time. Throughout the story, their love and adventures shape the basis of an alternating tale while a mirror passing from hand to hand makes the mysterious bonds uniting the characters concrete. A great historical epic about Tibet in the twentieth century. "I read with great interest and pleasure the Tibetan novel by Corinne Atlan. I discovered with a pleasant surprise the accuracy of her Tibetan evocation, the seriousness of its documentation and the quality of its writing. » (Matthieu Ricard)