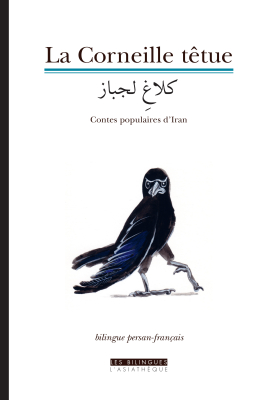 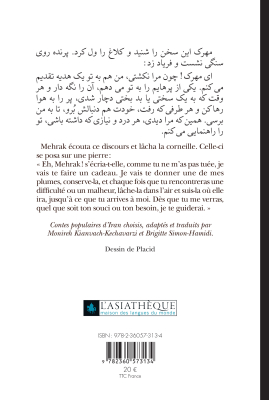 This bilingual book is intended for the French-speaking public who love tales and wish to know one of the literary and cultural aspects of Iran, and also for those who wish to broaden their knowledge of Persian language, literature and culture. Twenty tales have been chosen, written in a simple, direct and even colloquial language, with sometimes a nuance of satire that brings them closer to the fable. Some tales describe strange, chimerical and supernatural adventures or facts, presented as completely natural. Others give images of daily life, evoke family relationships or conflicts of interest between different layers of society. One distinguishes in general: the hero, the main character of the tale, not necessarily sympathetic; the aggressor, wicked or kind, who plays the role opposite to that of the hero; the auxiliaries, either animals, human beings or even objects possessing magical powers, who enter the scene at the right moment to support the hero and help him to face the challenges; the narrator, who plays a leading role throughout the story and guides the reader.

These tales, coming from a long legendary and historical tradition, besides being picturesque and entertaining, have the interest of presenting particularities peculiar to the Persian world: intrusion of mini-narratives in the main story, generally to help the hero to reach his goal; evocation of Zoroastrian principles (duel between Good and Evil); mockery of the hypocrisy of some Shiite clerics; roles of symbolic numbers (3, 7, 40). They all give rise to morals or principles of wisdom, not always conventional since sometimes skill and cunning are magnified at the expense of honesty.

Monireh Kianvach-Kechavarzi obtained his doctorate in comparative literature in Paris IV Sorbonne. She taught at the National University of Iran. She is currently Persian lecturer at INALCO.

Brigitte Simon-Hamidi was a lecturer in Persian at INALCO and translated several works of this language.