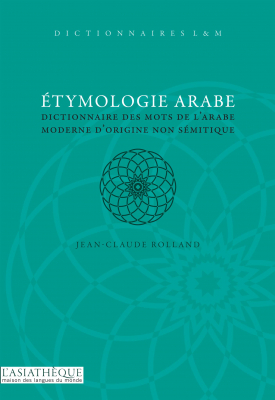 This book aims to identify the origins of a wide corpus of modern Arabic words whose etymology is borrowed from non-semitic languages. Like an archaeologist of language, Jean-Claude Rolland scrupulously researched the origins of the words he analyzes, without omitting any hypotheses and taking into account all previous study conducted surrounding the subject. He tries as much as possible, to trace the analysed term back to its oldest non-semitic origin, before retracing the path by which the word was adopted by the Arabic language. Most of the terms included in this dictionary are accompanied by analytical comments that elucidate the work of the author.

Jean-Claude Rolland is a linguist and translator. Researcher at the International Center for Pedagogical Studies in Sèvres, he has notably published the Dictionary of Usual French in collaboration with Jacqueline Pinoche, the Etymological Dictionary of French, and L’arabe parlé au Caire.