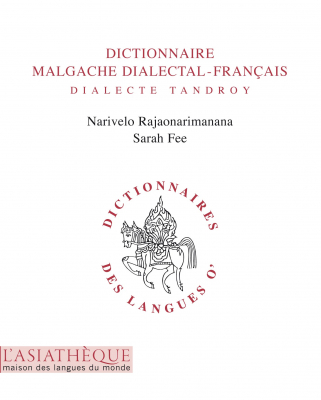 The Malagasy language, part of the Malayo-Polynesian branch of the Austronesian language family, is divided into three dialect groups, which correspond roughly to three ecological zones in Madagascar. The linguistic variations spoken by these eighteen different ethnic groups are mutually intelligible, with the one exception being the dialect spoken by the Southern Tandroy people. This dialectical and lexographical work represents a complete inventory of the resources available on Malagasy. Because Malagasy society is undergoing a rapid transformation, it is important to offer the public an up-to-date dictionary describing the different dialects of modern Malagasy. Accompanied by an introduction to Malagasy grammar, this bilingual dictionary is the first step toward understanding and approaching Tandroy culture.

Image search result for "sarah fee biography" Sarah Fee is a professor in the Department of Arts at the University of Toronto. She is also a researcher affiliated with the Quai Branly museum. From 2010 to 2014, she was a member of the Board of Directors of the Textile Society of America.

Narivelo Rajaonarimanana is a linguist, professor, and head of the Malagasy section at INALCO. He is also director of the Center for Research on the Western Indian Ocean and the Austronesian World (CROIMA).