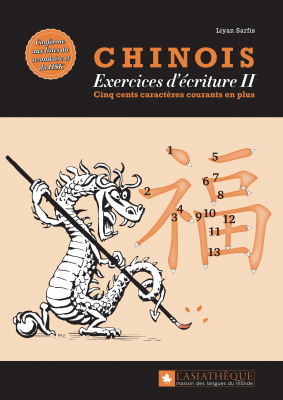 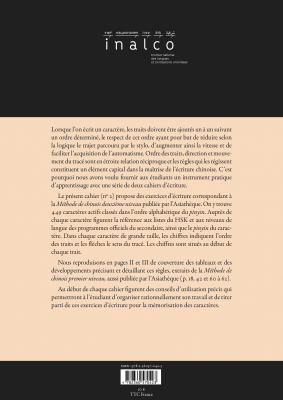 These five hundred characters match the characters taught in the Méthode de chinois deuxième niveau (Chinese method level two) published by Asiathèque. This second book formed as the first to switch to the next level in the skill level. The set of two workbooks writing up a set featuring the 1,000 most frequently used characters in the Chinese.

Liyan Sarfis is a language teacher at Inalco and a Chinese teacher at the National School of Ponts et Chaussées and at the Institut Mines-Télécom-Paris Tech.