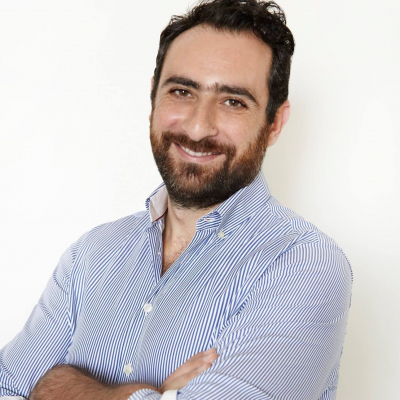 Fadi Zaghmout, a graduate in Creative Writing and Critical Thinking from Sussex University, is a Jordanian intellectual living in Dubai and specializing in gender issues in the Arab world. Since 2006, he has been running a blog dealing with various subjects of society in the Middle East: fadizaghmout.com, with analyzes in English and Arabic. He is particularly attentive to the condition of women and sexual minorities. Arous Amman ("The Bride of Amman") is his first novel. It was followed by Jenna ‘Ala al-‘Ard ("Heaven on Earth") and Layla w Al-Hamal ("Leila"). Fadi Zaghmout also participates in conferences in the Arab world, the last and most important being Nuqat 2019 Regional Conference: the State of the Elastic Mind, during which he addressed the issue of gender and presented his next literary project: a science-fiction work featuring a world where gender is based on physical size.