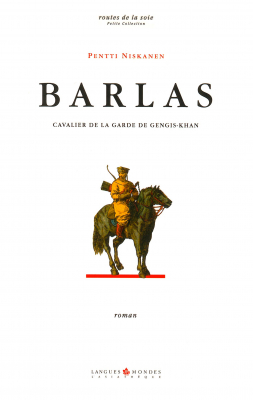 The plot of this historical novel is set some ten years after the death of Genghis Khan. Barlas and his men, the "Horsemen of the Sky", embark on a perilous and distant expedition. On their way, meetings follow one another: Finnish brigands, merchants and soldiers from Novgorod, and a beautiful captive who will touch the heart of Barlas-bagadour. An avid reader of 19th century French historical novels, a Finnish painter based in Sweden, Pentti Niskanen wrote Barlas in French before translating it into Finnish. In this fresco brushed by small touches, he embraces without any distance - but not without malice - the point of view of his Mongol heroes and literally makes us discover the world through their eyes.